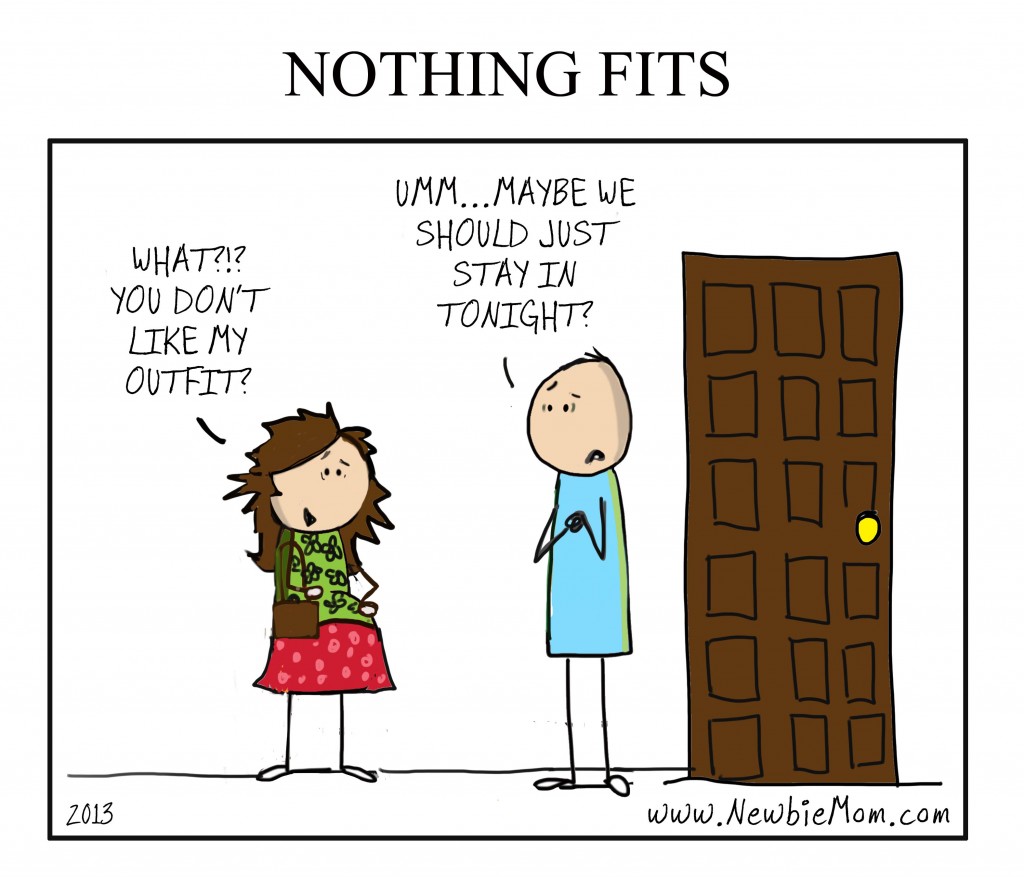 Ill never forget when I couldn’t fit into my normal size pants….it was horrible! I had a big meeting that day and nothing was fitting and it seemed like it happened overnight?!? Now if this is you they do sell a very clever “belly band” (I later got one at target) so they call it to get you through this transitional phase. Or i’ve heard of people just using a rubber band to get the button closed on there pants. (exhibit A) 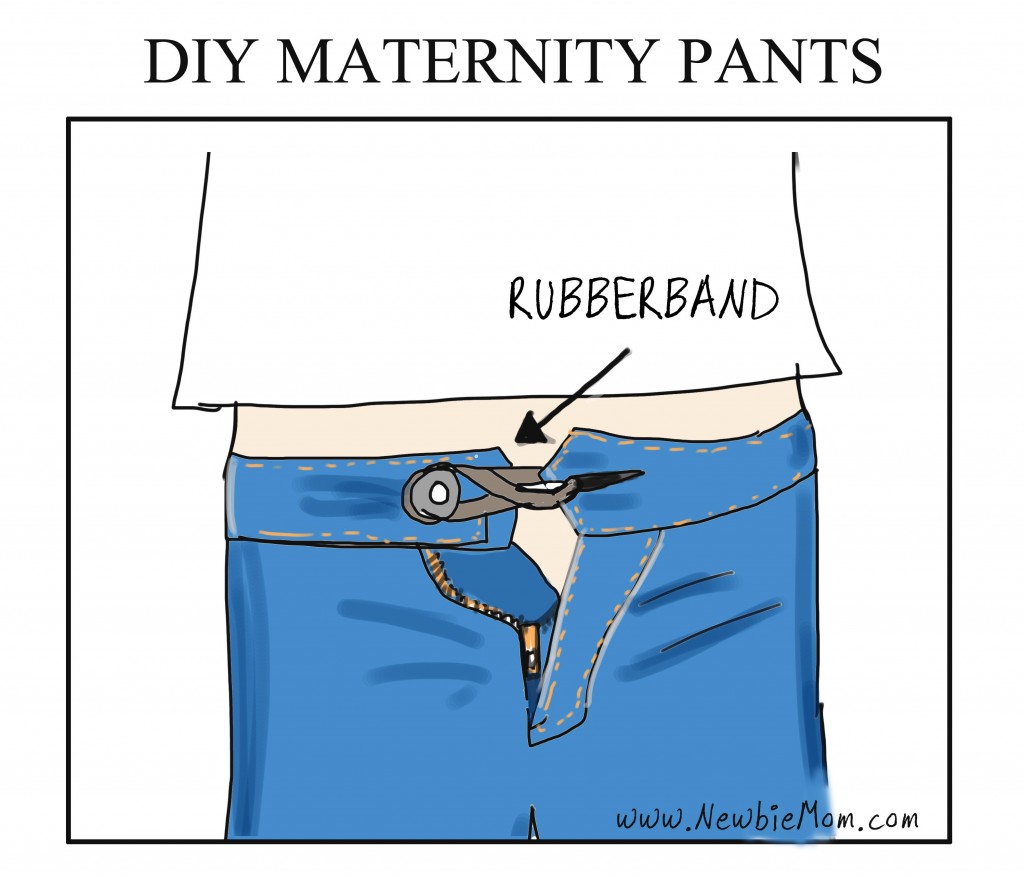 In my case I didn’t really think of any of these solutions at the time and just tried to find anything that fit. Which I ended up looking like a “hot mess” And later that night, my husband was trying to be as sincere as he could but just offering for us to stay in that night. Needless to say, the next day was maternity clothes shopping! 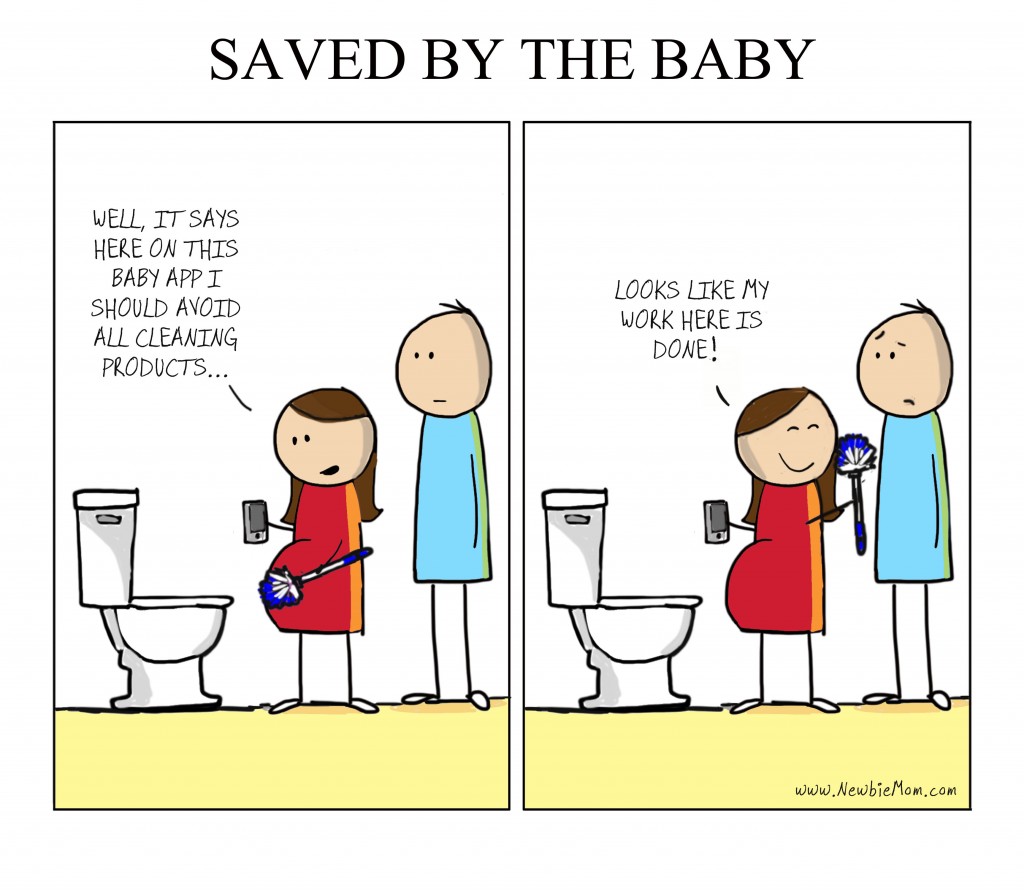 So I really really hate cleaning bathrooms, and it just so happens that chemicals are not good to be around when your pregnant. So….looks like I don’t have bathroom duty for a while, I just had to make a comic about it! 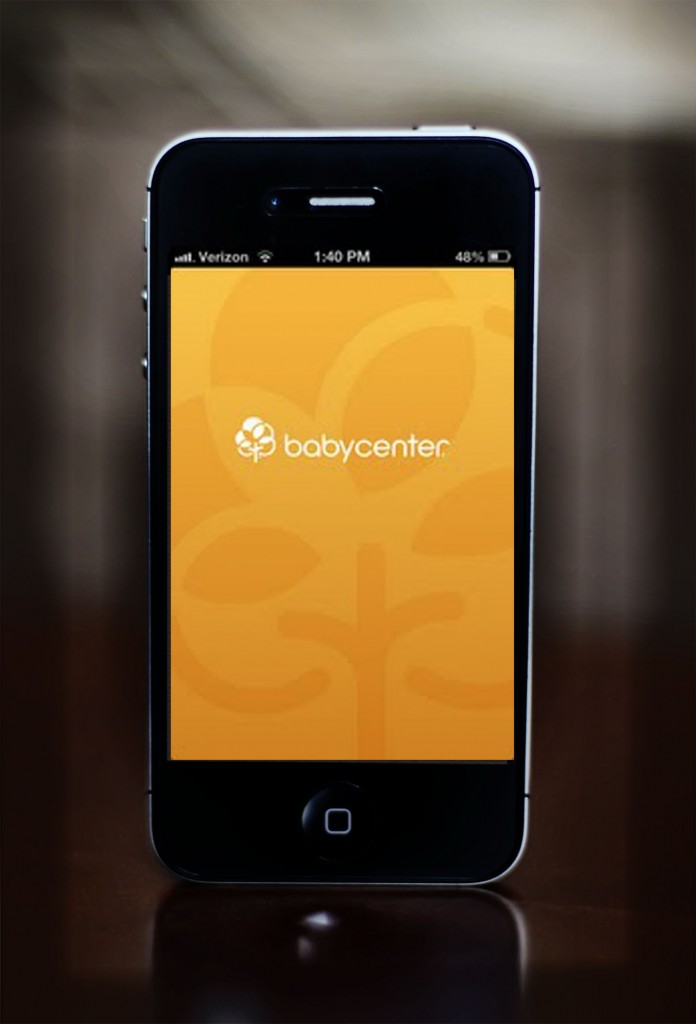 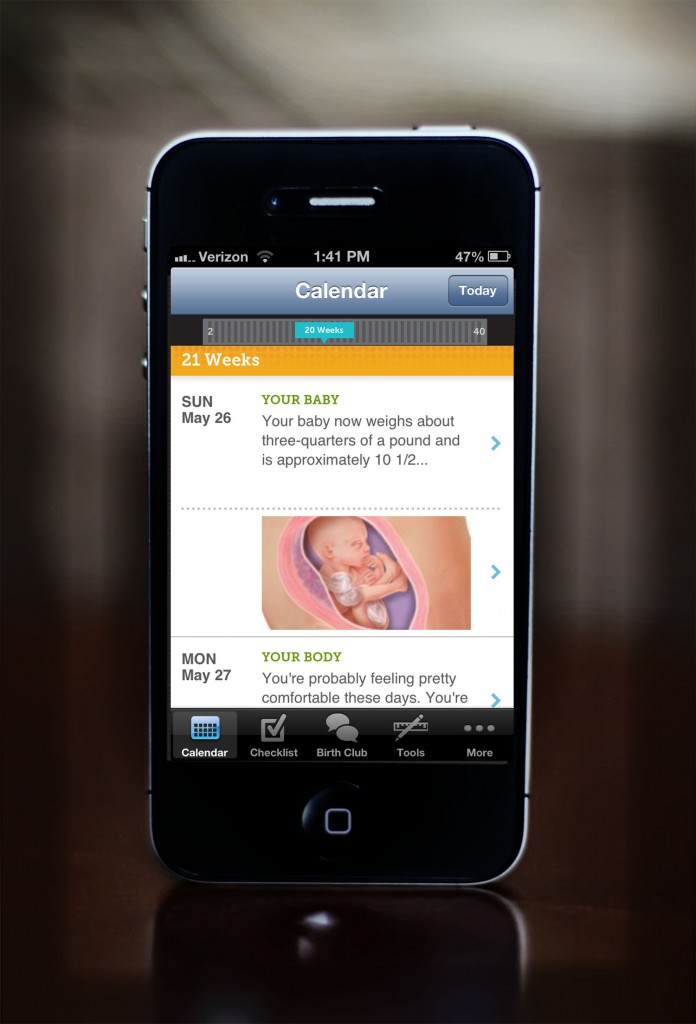 So pretty much as soon as I got a positive pregnancy test I turned to my iphone to start searching for apps….I’ve always been a fan of apps in fact I used the app “my days pro”

to help track when I was ovulating pre pregnancy.  So I’ve tested a couple out and by far this one is amazing its by baby center and it’s call “My pregnancy today”.  So what’s great about this app is that it comes with video, pictures and little tid-bits about being pregnant and you can follow it every day. Its great to have your parents download the app too and put your due date in there so they can keep track too!

Baby Size: Peach (According to the bump)
Total weight gain/loss: same weight
Maternity clothes?  I just went on a big shopping spree at Old Navy, they had a coupon and I couldn’t help myself!
Stretch marks? Nope
Sleep:  I’m sleeping well this week.
Miss Anything? Probably the ability to eat anything, I’m still feeling a little sick these days
Movement: Non yet
Food cravings:  Chocolate Milk
Have you started to show yet: There definitely is something there….just not sure if it’s baby or bloat?

Best moment this week: Finally settling into our new house

Gender: Unknown yet, even thought everyone I come in contact with says it’s going to be a girl
Labor Signs: No
Belly Button in or out? In
Wedding rings on or off?  On
Symptoms: Still have nausea, I feel like it’s getting less and less now
Happy or Moody most of the time:  Happy
Looking forward to: To not being sick and getting my energy back 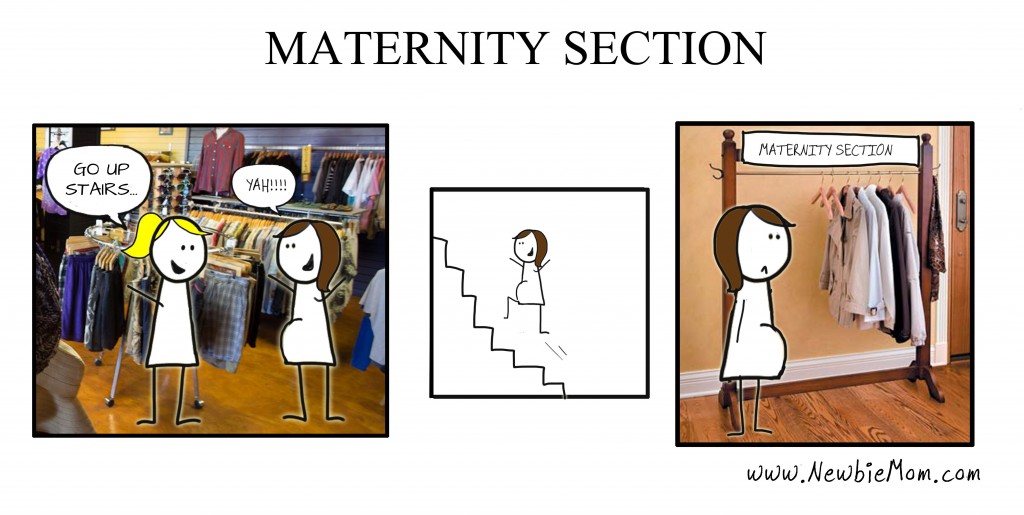 So probably the most frustrating thing i’ve experienced lately is the lack of maternity clothes. Not to mention they are sooooo expensive! With that being said I do have my favorite places that I frequent often…and pretty much get ALL that they have which is usually a single rack. This little comic that I put together actually happened (H&M in Chandler), which I like to point out WHY ON EARTH WOULD YOU PUT MATERNITY CLOTHES WHERE THERE ARE STAIRS??? by the time I reached the second floor I was completely exhausted…and do you know where the fitting room was? yep you guessed it…first floor. I really wonder how people think of these things? So I probably made the stair trip a good ten times…ugh!

So if I had to put the clothing stores in order from the (one being the one I like the most) at this point it would be….

Pretty much in that order….with old navy and H&m you can find stores that actually have the clothes instead of ONLY being online but you have to do some research and call around.

When I first started this journey I tried craigslist to see if anyone was selling an entire lot of clothing…which I thought was a brilliant idea but turns out not many people like to give away there “good” maternity clothes….Have you found any great places? Love to hear them!